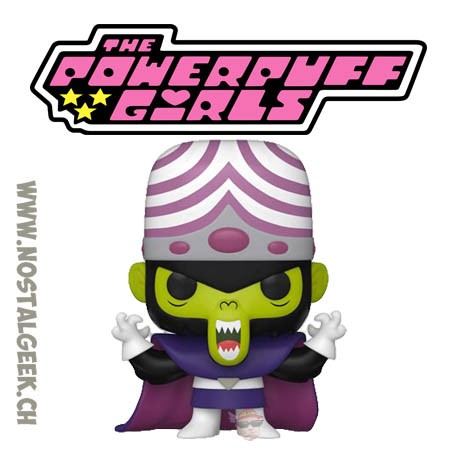 The Powerpuff Girls is an American animated television series created by animator Craig McCracken for Cartoon Network. The show centers on Blossom, Bubbles, and Buttercup, three girls with superpowers, as well as their father, the brainy scientist Professor Utonium, who all live in the fictional city of Townsville, USA. The girls are frequently called upon by the town's childlike and naive mayor to help fight nearby criminals using their powers.

McCracken originally developed the show in 1992 as a cartoon short entitled Whoopass Stew! while in his second year at CalArts. Following a name change, Cartoon Network featured the first Powerpuff Girls pilots in its animation showcase program What a Cartoon! in 1995 and 1996. The series made its official debut as a Cartoon Cartoon on November 18, 1998,with the final episode airing on March 25, 2005.A total of 78 episodes were aired in addition to two pilot shorts, a Christmas special, and a feature film. In addition, a tenth anniversary special was made in 2008. A CGI special was also made in 2014 without McCracken's input.

The series has been nominated for six Emmy Awards, nine Annie Awards, and a Kids' Choice Award during its run. Spin-off media include an anime, three CD soundtracks, a home video collection, and a series of video games, as well as various licensed merchandise. The series has received generally positive reception and won four awards. On June 16, 2014, Cartoon Network announced that the series would be rebooted, which premiered in the United States on April 4, 2016.