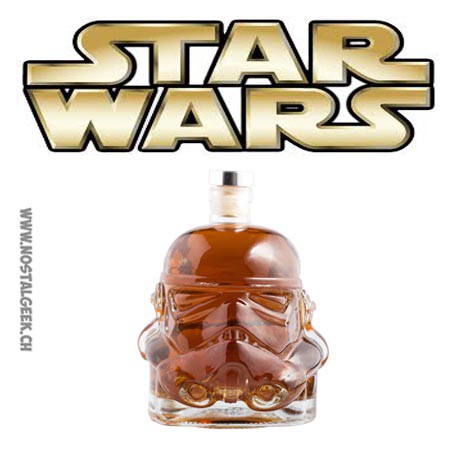 A stormtrooper is a fictional soldier in the Star Wars franchise created by George Lucas. Introduced in Star Wars (1977), the stormtroopers are the main ground force of the Galactic Empire, under the leadership of Emperor Palpatine and his commanders, most notably Darth Vader and Grand Moff Tarkin. In The Force Awakens (2015), the upgraded stormtroopers serve the First Order, under the leadership of Supreme Leader Snoke and his commanders, most notably Kylo Ren, General Hux, and Captain Phasma.

The order of battle of the Stormtrooper Corps is unspecified in the Star Wars universe. Accompanying the Imperial Navy, stormtroopers are able to be deployed swiftly and respond to states of civil unrest or insurrection, act as a planetary garrison, and police areas within the Galactic Empire. They are shown in collective groups of varying organizational sizes ranging from squads to legions and for some, their armor and training are modified for special operations and environments.