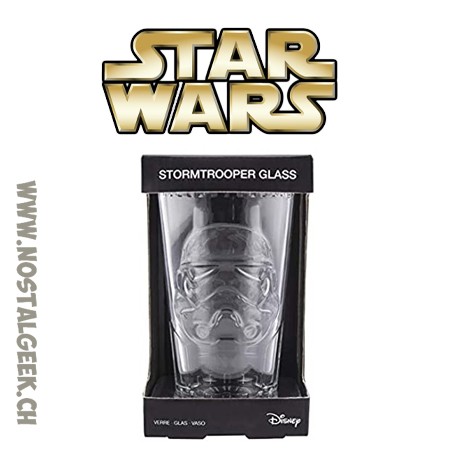 Enjoy your next cold beverage in this Star Wars Stormtrooper Shaped Glass, but make sure you try your hardest to avoid the Dark Side.

This shaped glass has 3D detailing featuring the iconic Stormtrooper from the classic Star Wars movies.

Star Wars has been one of the most successful film franchises in cinema history since its original release in 1977, quickly becoming a defining moment in popular culture. The series has continued to win new generations of fans with each instalment, resulting in a global fan base of millions. From A New Hope and Return of the Jedi through The Phantom Menace and Attack of the Clones, right up to more recent successes such as The Force Awakens and The Last Jedi, Star Wars continues to reach new heights by introducing great new characters as well as focusing on old favourites.